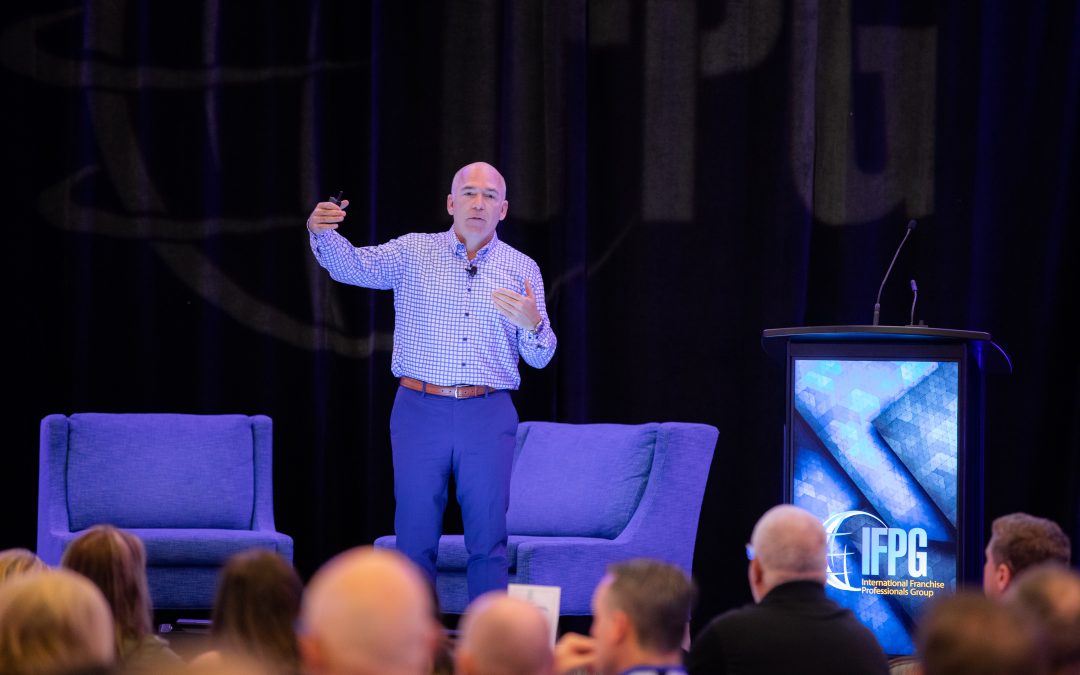 The IFPG would like to thank David Barr for his contribution to a successful and memorable IFPG Retreat 2019!

The IFPG is proud to announce that IFA Chair David Barr will be the keynote speaker at IFPG Retreat 2019 in Hollywood Beach, Florida. David has a long history in the franchising industry and will be sharing his knowledge and expertise with the attendees at IFPG Retreat. 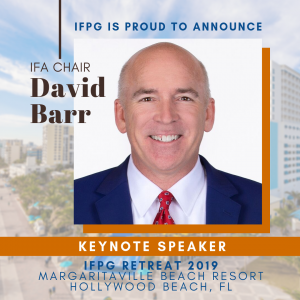 David will discuss his personal story and the current trends & growth of the franchise industry.

In addition to David’s role at the IFA, he has the most extensive background in franchising. David is the chairman of PMTD Restaurants and its affiliates, a multi-unit franchise business operating 23 KFC and Taco Bell restaurants; managing director of Franworth, an outsourced franchise development solution for growing franchisors; chairman of Spice & Tea Exchange, franchisor of retail spice and tea shops; board member of BrightStar Care, franchisor of home health care agencies; and board member at the Bistro Group, the second largest franchisee of TGIFridays. David also serves on the board of several non-franchise entities, including Del Frisco Restaurant Group, Retail Credit Solutions and Eastern Accents Designs. David previously served on the boards of Mrs. Fields, TCBY, Real Mex Restaurants (dba Chevy’s and El Torito), Don Pablo’s Mexican Restaurants, JB Weld and The Jewellery Group, the third largest retail jeweler in Australia. From 1994 to 1998, he was the CEO of Great American Cookies. David was elected to the IFA Board of Directors in 2011. He serves on the IFA Finance Committee and the IFA Franchisee Forum.